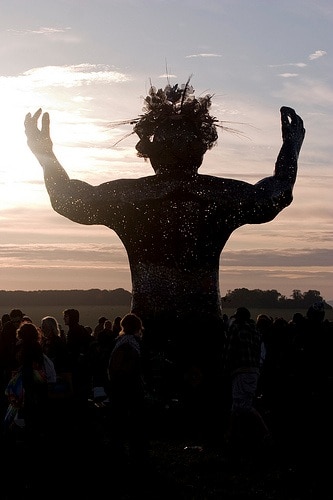 In our home we celebrate the Solstice, not Christmas, which is for many people becoming increasingly a time of despair and anxiety.  Solstice is one of the Sabbats that has been celebrated throughout time, and for us, it holds far more meaning than the often stress-filled day society tells us we must celebrate.  When we lived in Sydney, we used to hold a Boxing Day gathering for all our circle of friends who were traumatised by their family get togethers.  There were a lot of them!  So Boxing Day became a healing day with spiritual family.

Walking through a Canberra Mall last week to get new dog tags engraved for the dogs, I was overwhelmed by the massive despair that this time of celebration and giving is still creating.  Being an empath, I was feeling teary from the collective sorrow and stress.

Truly, it is time for a massive overhaul of how we consider celebrating Christmas. Talking to people in that mall, I found many were embracing a different approach to gift giving, many were tired of the ritual abuse of animals, and many were wondering where compassion had gone from the human species.   Christmas appeared to many to have become an empty shell, devoid of true meaning.

There must be something in my aura at the moment, because I had strangers asking me about veganism, wanting the world to be a better place for animals. One was a shop keeper who had only heard about it six months ago, and it was like a light had gone on, because she truly cared about animals.  Another was a young girl who served me a vegan meal at a café. I was insistent on no cheese or eggs or dairy, including butter, and she really wanted to get it clear for future customers. We had a great talk, and she told me how concerned she was at the horrors for animals, and wanted to see more social change. It was so lovely to have these conversations and connections with people who recognised the need for a better, kinder world. They wanted to talk to someone already on that path, who would validate their feelings, and give them the strength and direction to follow their heart wisdom.

And then I met one sad, young girl who said she had no plans for Christmas, and was clearly feeling upset about that.  I quickly confided that we didn’t either, and that it was a time to spend with the animals and nature, and give thanks for everything she has. As she has a couple of horses, it made her feel better, and she brightened.  She had been given permission to do her own thing, in her own way.

I’ve since heard that quite a few people are opting out of doing the Christmas thing this year, so it must be an idea that is catching on.  I have heard so many people say they are tired , and limping to the end of the year, and how much pressure Christmas giving puts on them.

We look forward to a Christmas Day of doing nothing, not even exchanging gifts. We will do ceremony on Solstice and be so grateful on Christmas Day for a complete day of rest.   We have library books ready! My extended famiy and I came into an agreement long ago not to do gifts at all. It has all become too much.

I say, let’s forget Christmas as it has been (a consumer junk feast), because, truly, the world needs less plastic tinsel  and unwanted gifts, and a lot more meaning.

Time for a makeover.

I love gifts as much as anyone.  Our family gives to the animals in need, and prefers spontaneous gifts that mean something.  As one of my friends said, “I spend on my children all year, and right at a time when I have big bills to pay, I’m expected to give big presents.”  That’s the stress of having to give at Christmas.

If you want to give, give to those in need – the animals and less fortunate people.  Foster an animal, or sponsor one.  Stretch a little to offer a homeless animal a home.  (In the past. most of our dogs have come to us around Christmas and January).  Plant a tree, do some voluntary work, give  things that people actually need or will nurture them in some way.  Give hand crafted gifts that support artists, or those in developing countries.  Give books or dvds that will inspire and uplift, ( and also support artists).  If you can’t afford to give now, pledge to give something later. Among the best presents I ever received was a song written by my husband, and my daughter’s first real observational writing. Dump the plastic because, truly, our Mother Earth cannot sustain greed and consumerism as it currently stands. And we need to teach our children different values, fast.

My work is about honouring the sacred. And here we have a special time – Solstice, New Moon, Christmas, all lined up in a row.  The astrology is demanding truth, the demise of the old patriachy, the tearing down of old structures, and liberation and freedom from the old ways and ideas that no longer work.

So how about we are honest with ourselves and follow our own truth at this time of year?  Isn’t it supposed to be about kindness, peace, contemplation, and compassion?  Instead of feasting on poor pigs and turkeys, perhaps it should be a day of peace for all species, and gratitude for all that we already have.  Gift giving is fine, when it is in perspective.  But somehow, in our society, the gift from the heart has been lost among the wrapping paper of commercialism and the idea sold to us that the bigger and the more expensive, the better.  I’d like to see gifts of love and compassion to the animals – farm animals spared and the homeless, homed.

As the Christians overlaid many of the pagan special days with their own, it is important to understand Christmas as more than the supposed birth of Christ (because that is truly up for discussion). Perhaps it is, symbolically, about Light.

This is how I like to think of our family celebration at solstice. This is a time of honouring the Light, as the summer solstice is the longest day of light in the year, and light is the middle part of the word en-light-enment.

Perhaps it is no surprise that it is the solstice on 21/12/2012 that is getting all the airplay as “the end of the Mayan Calendar” and the return of the Christ Consciousness on the planet. Please consider the numerology of the day – an 11.

Perhaps that is why 11:11 is showing up all the time.  Because it is about the Light giving us a shift in consciousness.  A massive shift of global consciousness.  If this year is anything to go by, despite all the density and horror that still remains, I have hope that this time next year will be dazzling, because people are waking up.

According to one writer about the number 11, Dee Finney, “Eleven brings the gift of spiritual inheritance, is gifted as the ‘Light-Bearer’. It is the number of the Light within all. Strengthened by the love of Peace, gentleness, sensitivity and insight.”

Sounds like a pretty good gift for Mother Earth next Christmas!

This is a time of many names – Litha, Mid Summer’s Night Eve, Alban Hefin (the “light of summer” or The Light of the Shore in the Druid tradition). It is a time for celebration of crops and the longest day; a sun festival.

There are many traditional ways to celebrate this special time of the year.  Perhaps celebrate nature with a picnic under the setting sun, and if we weren’t in Australia, an outside fire would be perfect.

Have some friends over for ceremony, song, connecting with the fae, and anything to celebrate the light of the sun.

Give thanks to the sun for blessing us with his presence, and consider the Lion, a solar deity. (Interestingy the beautiful documentary Christian the Lion, based on the book A Lion Called Christian (Amazon affiliate) was aired on TV on Saturday night – and this is the beautiful and inspiring story of two Aussie men and their love of a lion who they raised and then released to the wild.)

Spend time drinking in the early morning rays of the sun, giving thanks for vitamin D and solar information.

Druid’s would often keep vigil from the night before, marking the dawn with ceremony and ritual.

Summer Solstice is a spirit time, like Samhain and Beltane, when the veil is thin and the fae and other magical beings are about. It’s a good time for meditation and listening, writing down any messages you might receive.

In Celtic tradition it was a time to gather the sacred herbs which also bestowed green blessings on the home.

Because this solstice is the prelude to the supposed big one of 2012, I intend to spend much of it Listening. I’ll be contacting the fae, trees and the animals for possible messages or insights and doing ceremony for cleansing and  peace.  Our family will take the day off to be together and enjoy special treats.  We will welcome the Light that is flooding  this Earth right now.  We might even sing.  We will definitely make jokes.  And we will probably dance with the fae!

Solstice/Christmas is a time of good cheer, of expanded hearts, and love.  With the New Moon in the middle of the two, we see a time of new beginnings.  So it’s a good time  to consider your new year’s resolutions — including how to make next Christmas a time of peace and joy for everyone- including our Mother Earth, and  the animals.

In Deep Peace and Soaring Joy,

Billie Dean is an internationally recognised interspecies telepath, animal and peace advocate and award-winning creative artist.  She  is the author of Secret Animal Business, and  an independent filmmaker of inspiring and heart-warming films about animals and peace.  Billie runs a transformational on-line school Rainbow Fianna, teaching animal communication with an eclectic blend of native  and visionary wisdom to help people evolve into the human angels animals need them to be. With her husband and daughter, Billie runs A Place of Peace Animal Sanctuaryand is the founder of The Billie Dean International Deep Peace Organisation, a not-for-profit organsiation to promote peace and freedom for all animals through the arts, education and compassionate action. billiedean.com

Copyright ©  Billie Dean, 2011.  You are welcome to share  this article but only in its complete form with author, author blurb, and website attached.  Thank you!