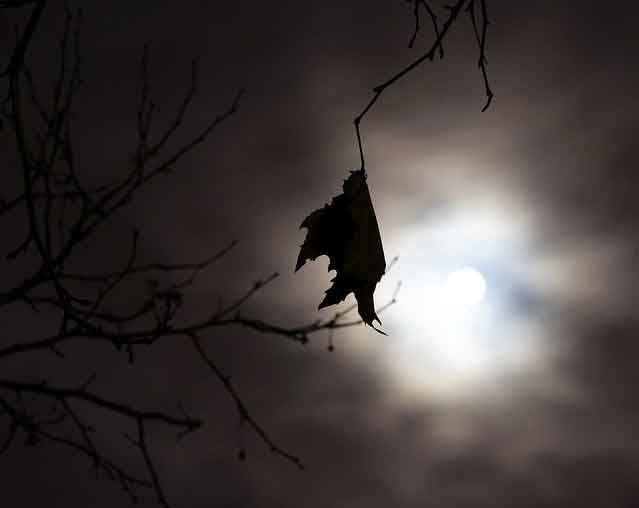 The full moon beckons me outside, where a light rain makes me grateful for beanie and gumboots as I set off toward the ponies. I can sense the Otherworld so close right now. The moon’s gentle light bathes me with light. Grandfather Healing Bear whispers in my ear, as small black kelpies dance around me and Clea the German Shepherd pads beside me like a gentle wolf. In the dark, a bird flies. It is indeed a time for Listening.

This is the time of the eclipses – powerful, transformative, thoroughly exciting and hugely dramatic. There is about a six-week period where, if you use this time and journal, you will notice just how transformed you will become!

A Period of Emotional Distress

It began with a bang on June 1st, with a partial solar eclipse marked by an intensity of emotional distress unlike I have ever known. I called it a “tsunami of distress”. After ten days of helping others, I reset my own boundaries, took the phone off the hook and shut down my email. I needed a me day. A day for my own family and to rest and balance, and consider the energies.

The more I thought about it, the more I realised I needed more balance in my life – and what it would look and feel like if I did that. Something needed to change. My heart told me to play more, and that that was important. I asked Andrew to bring out his guitar and wondered if I could learn the penny whistle. I could see a future me in a Celtic folk band, playing uplifting songs that I had written! This would be my play – my balance.

And then I thought, what do I want to do with my time? And images of writing and hanging out with animals and nature still came up strongly. I am a Listener. I am a Bard. It’s time to embrace all that I am, using my internal I AM, guided by my heart.

Stepping into Our Heart Selves

This is a message for all of us. Now more than ever, it is time to step into our heart selves.

So while I was happy to help – especially animals in need – there was something unusual about this time. And I knew that it would change the way I lived forever.

The eclipse had brought a wave of distress and the big issues were up. Each person experienced it uniquely. We are all energy systems, and during intense times like these, it depends how you interface with it. It doesn’t matter if you are new to awakening or have been treading the path for decades. Each person is perfectly placed. Each person is beauty unfolding. And for each of us, it is a perfect opportunity to see the triggers and act on them, caterpaulting you into the direction your heart really wants to go.

As an animal shaman, I saw how conventional medicine was failing animals at a time when conventional and holistic medicine could work together. That week it was in sharp relief, with most of the distress calls coming from people who the conventional world had failed. All people needed to know was that there another way other than the needle. And there was.

Many souls were saved that week. And it made me realize I needed another platform for healing. I launched the Divine Love Healing Circle – and committed to more books about my work. And taking the time to write them. It felt more important than ever to empower others.

My friends in the Otherworld were pleased. They told me books would take too long. They suggested I blog. I asked them how I would be supported so I could support my family and the animals in my care. They told me to trust. And that felt right. The old money systems really do feel outmoded now. I can sense them crumbling.

So if you are one of those people having your buttons pushed right now, please know that you are not alone. We are in Eclipse season, and they stir the pot. They make life intense and they make change. They are like a boil underneath the surface of the skin, ready to pop. They will make you look clearly at yourself, and ask you to shift and grow and move with the energies – into an upgraded model of yourself.

You are especially being asked to sit in your centre and follow your heart. In this time, mind-centered decisions no longer work – the heart must lead your way. We all need to step into the present moment with trust. Even if you can’t see the new future clearly, just take the next step. One foot in front of the other, following your heart.

Change in the Time of the Full Lunar Eclipse

In the bigger world, change, too, is being called for.

Today and tomorrow (June 15-16, 2011) is the time of the full lunar eclipse with a powerful full moon. This eclipse will last 100 minutes.

Hot on its heels is the Solstice – another powerful time energetically – and this is followed by another Partial Solar Eclipse on July 1st’s New moon in Cancer. A good time to stay at home and self nurture. Be cosy, be calm. And Listen.

We are in a time when many beloveds might choose to leave this dimension or planet, and indeed as I write this, I learned of a client – a Maltese called Emily – who passed last night and had a powerful message for us all. She said she was off to the fifth dimension to play, and that playing would help raise the vibration of the planet. So we had to do it too. She is one of many working on the other side to ensure we have this shift.

My sense of this current Eclipse period is that the first week felt like a layer of skin being ripped away. Lots of people’s stuff was up. There were tears and overwhelm, boundary issues and fear. The Eclipse season was intensified by big solar flare activity. There were wildfires, floods, storms, volcanoes, earthquakes.

As all species are the children of Mother Earth, we are all connected.  So, of course our own systems are being stirred up, and vice versa. What is within is without – and peace is being demanded of us.

In Australia there was a huge outcry against the inhumanity towards animals – in particular for cows being slaughtered in Indonesia.  As I write, I know it heralds a more compassionate era for all animals. People are waking up, and many meat eaters are turning vegetarian, sickened by the cruelty. A kinder, more gentler world will come from this.

In Japan Fukushima is being heralded as a disaster worse than Chernobyl and the videos of the 20,000 animals left to die in the dead zone brought further outcry. Animal rescue is doing what they can – but what about the Japanese government? Why aren’t animals considered important enough to be taken care of during a disaster? This, too, will be an area of change.

We are seeing a push to bestow legal rights on Mother Earth.

Governments around the world are coming clean with UFO disclosure and the presence of non-Earth beings on our planet.

More disclosure about vaccines and fluoride in the water are coming out. (I even read there is talk of adding lithium to the water, which just made it  feel like desperate clutching to control a waking populace – I could only laugh.) And so it goes on.

The energies are restless and relentless.It may feel like chaos – but when you look at it from a high place, it is a world cleansing itself for more beautiful and better things. I can now see clearly the world of tomorrow that this planet will become – and it is indeed heaven on Earth. We are being asked to become more earth honouring, more self sufficient, more green, kind, compassionate, community minded and peaceful. The “wealth” industries, with their success at any cost, just seem crude and things of a darker age.

It is a time to simplify, to grow your own food and herbs as disasters push up the price of food or simply make it less available. It’s time to truly consider exploring veganism. It’s time to realize that a new era of peace comes from people taking peaceful action and to roll with the inevitable. We are in the era of change.

This is the cleansing year and we are right now in the eye of the storm.

My sense with the full moon energy and this Lunar Eclipse is that we are being flooded with Divine Light and Love. The planet feels bathed in love. A sweet, gentle full moon light. And the rusty door to our sleeping mind is being gently yanked open.

While others are being challenged, pushed, prodded and cleansed, there are some of us who are definitely adrift in a new world. Rejuvenating. Having spiritual breakthroughs and “aha” moments, finding the joy of being alive in this incredible time.

It doesn’t matter where you are in the river of evolution – keep swimming, knowing that a surfboard awaits you!

This is a time for laughter and doing those things that make you come alive. It’s a time to let inspiration flow, to figure that we are all undergoing change and to have compassion for each other, as well as the other species on our planet. So get creative and bold in your thinking!!

Be kind to each other, as well as to yourself.

Anything you wanted to change in your life, will be brought into sharp focus and you can use these energies to allow your dreams to come true.

Your heart knows the way through the wilderness – let it take you by the hand and lead the way!

Thank you for sharing with respect and integrity, with author’s name and web site attached.