Light a Candle for Peace 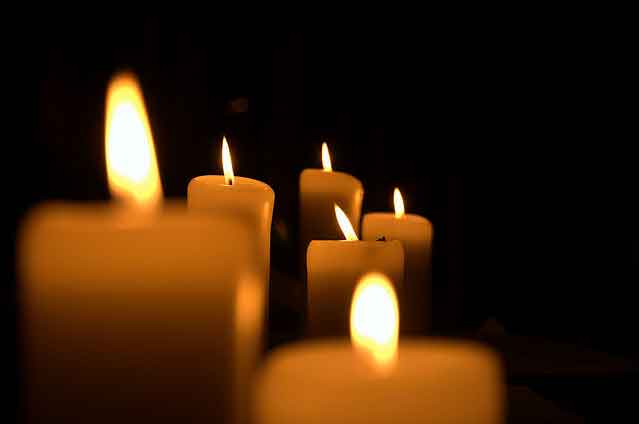 This weekend is a New Moon, and not only will I be doing a Divine Love Healing Circle for all our beloved animal companions, but I would also like to invite you to join me in lighting a candle for peace and protection for animals on both Saturday and Sunday nights.

This weekend has a lot of astrology giving our prayers and dreams for a better world some much needed oomph, and it is important we ask for what we want and not put energy into what we don’t want.

There has been so much anger and upset around, especially at the treatment of animals being slaughtered for meat, and the callous slaughter of the Jeparit ponies, and now an innocent and healthy family dog threatened by the “authorities” who are only thinking in black and white about the Hendra virus.

There could be alternative treatments which stop this virus, and the first thing I would be trying is a Raindrop Technique with Young Living medicinal grade essential oils.  I would also be using homeopathy, and asking homeopaths to make up a nosode for this virus.  There could be other modalities as well. Killing a symptomless dog based on a positive test result strikes me as simply wrong.

It doesn’t have to end in the killing of family members “just in case”.   That is just fear and causes endless grief and suffering.  We would be imprisoned if we did that to a human, and animals deserve equal rights to life and freedom.

The issue that I am seeing these past few weeks is an ancient one, which has come up for healing and release.  It is the old and bitter war of one mindset against another.  It is the killing of witches and their familiars. It is persecution of the indigenous, of the shaman, the druid, the priestess, the pagan, the midwives, the wisdom keepers, the wise women and men, the old ways and old religion, and ultimately the ancient Divine Feminine, suppressed in all of us to make it easy for the “authority” to dominate and rule – and enslave and slaughter.  It is bringing up that fear of not being able to protect the  innocent in the face of “authority”.

It is time for that tide to change.  We are now in an age of Enlightenment, and it is time for courage. We need to have courage to speak up and be counted.  It is time to say, “No, this is not acceptable.” It is time for social change.

After I published my blog entry about the Jeparit ponies I was called a “bleeding heart”  and  “fruitcake” by some – names which didn’t bother me at all because not only have I been called these names for three decades, but I am proud to be a bleeding heart.  I really am.  A bleeding heart is someone who cares, has empathy and has compassion.  Surely these are positive traits, something to foster in any community?  And I have stood up  and spoken up for Mother Earth and the animals and for their peace and protection for decades and and I will continue so long as there is still a need for social change.  And if a “fruitcake” means being an ultra-sensitive with vision, then it is time for more fruitcakes to stand up and lead the way out of the mess the mundane non-fruitcakes have put us in.

People who call others names say more about themselves than they do about me.  What concerns me more is the attitude that abounds in our society that an animal life is worth anything less than a humans.  That it is okay to shoot and kill them.  What sort of world are we creating for our children?  What sort of example are we setting?

I don’t want that kind of world anymore – the intolerance, the fighting, the bloodshed, the animal suffering.

What the “authorities” fail to realise, is that when animals suffer we suffer.  The killing of the Jeparit ponies touched and scarred us deeply, even as tens of thousands of horses are slaughtered horribly every year in our country.   It struck a nerve. And to make it worse,  the killing party included youths.  The Jeparit ponies were run down to exhaustion and shot in a most inhumane manner and if that is what is called humane by the “authorities”, then our society is indeed an ailing one.  But then we have known that for a long, long time.

If we fight against animal cruelty, according to metaphysical law, we will get more of it, because thoughts are things.  And what you focus on expands.

So let’s start by lighting a candle for peace this Saturday, Sunday and Monday too if you  want.  Let’s remember that 147 Jeparit ponies were saved.  Let’s use this moment in time for positive social change – peace and protection for all animals, in a kind, gentle world of harmony between the species.

And on a personal note as well, think about your own life, and what would bring more happiness, joy and peace to you – and set your intention for that as well – because when humans are at peace it effects the world around them.

Copyright ©  Billie Dean, 2011.  Please share this article in its entirety with author’s name.