Have you ever wondered what the animals would say if they could talk? Would you love some insights into the complex and magical world of animals? Want to be a better animal carer?

Well they can talk and I was blessed with the innate gift of being able to understand their sacred silent language.. which used to be the universal language all beings spoke. Today it’s just called telepathy. I call it Thought Transference.

In Secret Animal Business I share my story of my first, almost reluctant client work as not just an animal communicator, but an animal shaman, as I helped animals in the way of the shaman with the help of my healing spirit guide Grandfather., A bit reluctant because it was in the days when an entertainer might not be taken seriously if she claimed to speak with animals!  And while I really loved helping the animals, I was a writer and entertainer first.  Or so I thought.  Apparently Spirit had other plans!

The global demand for my gift, and the abuse of animals through human ignorance, prompted me to write Secret Animal Business, named because one of my cat clients, an elderly gentlemen who went missing, told me he was on secret cat business and would be home at 8 pm. And so he was.

I also wanted to share a non-humancentric perspective and bring people along to understand their animals better. I hoped I could help humans to be better stewards and guardians.  So it’s filled with stories and teachings from the animals, and my vision of a time where every animal feels safe.

I’ve had people send me emails in the wee hours blaming me for their lack of sleep because they can’t put the book down.  I’m told over and over, it changes lives.

The main thing for me is to help people understand the animal world better, opening their hearts and minds to being partners not predators, understanding that “all behaviour is a communication”, and that “all life is precious).. my now signature sayings.

I’m currently writing more about animals and my crazy life with hundreds of them in the sanctuary we have created at our home. I’m also turning my screenplays into books, some with my writer husband Andrew Einspruch, and some on my own.

I’ve also written a dozen children’s books.  They are currently out of print and no longer reflect my current sensitivity as they were written over two decades ago to publisher’s specs. 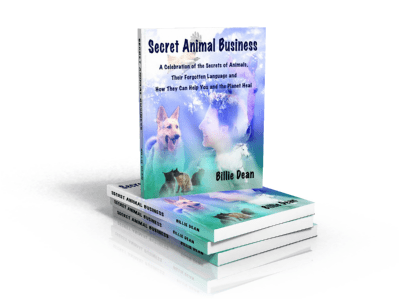